Marcy quickly grabbed two white roses from the vase in her hotel room – two of the three dozen her husband Brian had surprised her with on their first night in Paris. And out the door they went to spend the last day in the French capital with a morning photo session. I met them just shortly after at Louvre to take their honeymoon pictures in Paris. I really appreciated Marcy’s spontaneous idea to take two roses to the session – as their Paris photographer I felt it was nice that the couple was adding a personal touch.

Marcy and Brian are from downtown Chicago, Illinois. They met in 2010. It did not take long until they realized that they were madly in love with each other. Only two years later they decided to tie the knot. They got married in 2012 on a beach in Mexico. Their closest friends and family joined their wedding.

Honeymoon in Paris… with a Photo session!

After they got married Marcy and Brian spent months and months researching and planning their perfect honeymoon. Finally the newly weds decided to embark on their dream vacation to Europe. Marcy had never been to Europe before. They were ecstatic to take on this experience together. They wanted to visit Greece and Italy. But of course the first stop had to be Paris. Marcy and Brian definitely wanted their post-wedding pictures to be taken here.

And they were not disappointed – quite the contrary. Marcy said: “Paris was everything I thought it would be and more. It sounds cliché but the city was so romantic. The architecture was breathtaking. The buildings and bridges exuded such classic beauty.” The honeymooners told me that they could wonder the streets for hours taking it all in. Marcy said: “We loved the culture, the cafes, the wine, the pastries and the shopping. There is so much to see I think we will have to come back more than a few times!”

A perfect day for their Paris honeymoon photoshoot!

Fortunately on the morning of their honeymoon photoshoot in Paris all components were given to make the post-wedding session a perfect one: The streets in Paris were still empty at this early hour. The light was fresh and soft. The way the morning sun fell on Marcy and Brian as they were kissing in front of Louvre, taking a walk on bustling Place de la Concorde and sharing some intimate moments on Bir-Hakeim bridge gazing at the Eiffel tower – the ambiance could not have been more magic.

Above all Marcy and Brian moved so naturally in front of the camera that they completely blended in with the beauty of Paris. And Marcy’s two white roses were just the cherry on the top to make the pictures even more classy and romantic. Marcy and Brian simply made this romantic city their own. 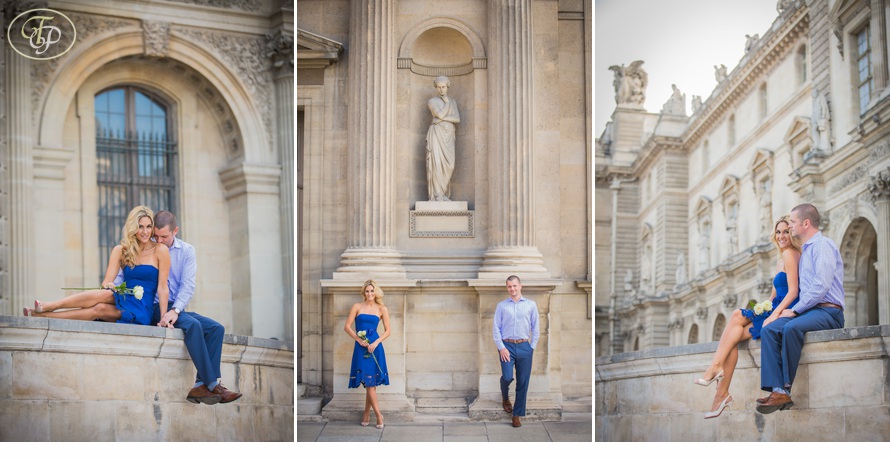 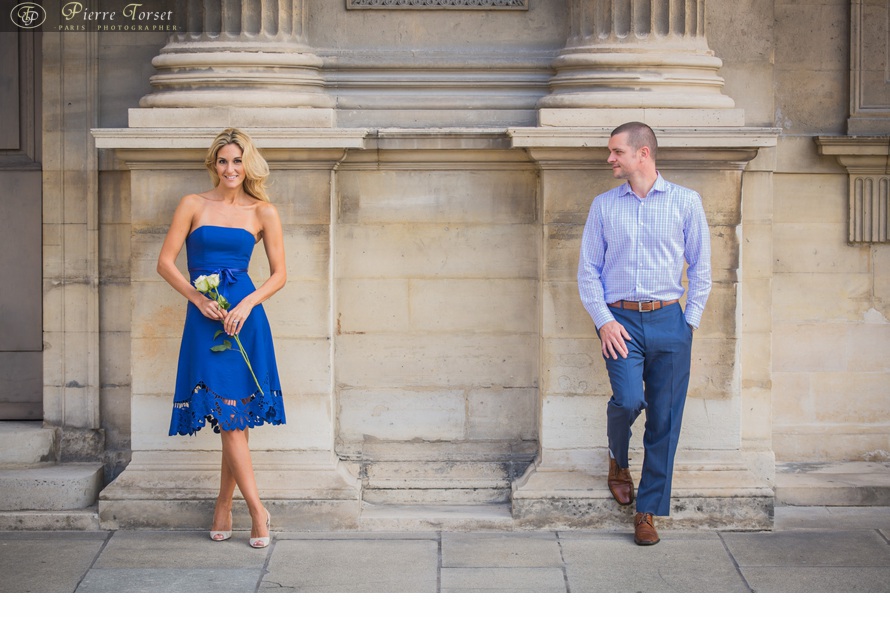 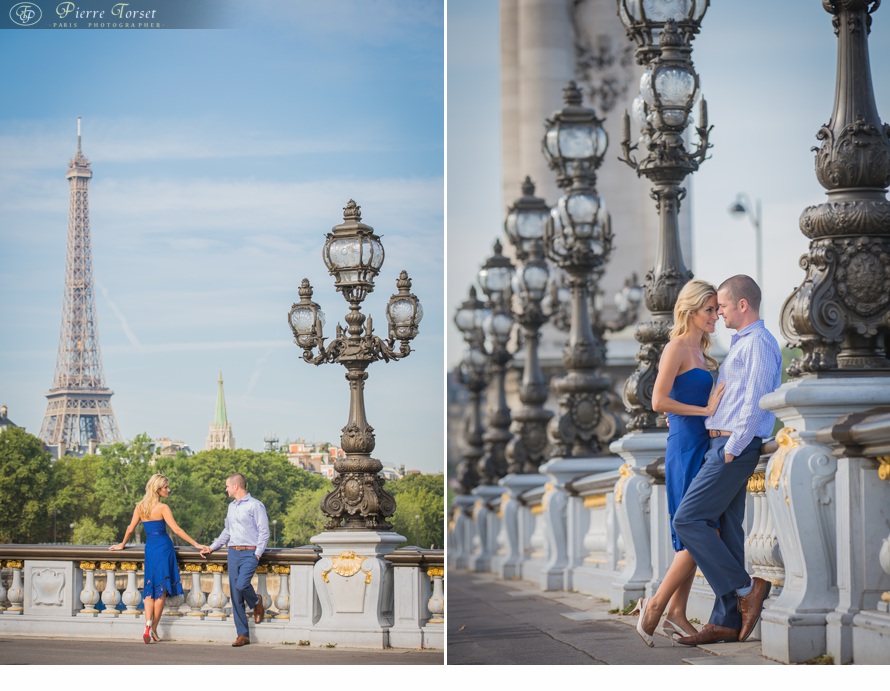 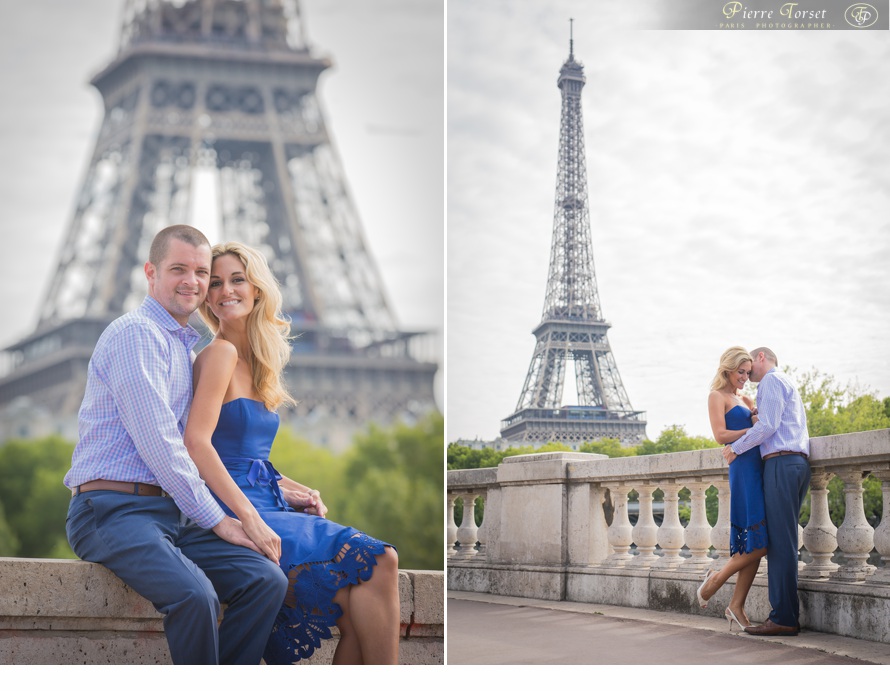 Marcy & Brian:
“The final photos brought back such fond memories. Our photo shoot, our time in Paris, and the photos we now have to remind us of such an absolutely perfect experience. We felt very comfortable with you, Pierre. You were a pleasure to work with. From the first shot it was clear that you are capturing moments we knew we’d cherish forever. The sites you took us to each had their own beauty. It was also fun to see some different views of the city that we probably would not have found on our own. And the way you captured the architecture around us was simply beautiful. Your work is incredible!”

If you want to see more samples of honeymoon or casual pictures in Paris, you can check the portfolio on the website, or especially one of the galleries dedicated to couple & engagement pictures in Paris.

By Pierre TORSET – Photographer in Paris

« Wedding in a Chapel in Paris : Chapelle Expiatoire !
Elopement in Paris with Ashley & Jason »